Why I Once Chose to Engage With Trump Supporters On-Line and Why I Will No Longer Do So (Well, Okay Maybe Not As Much). 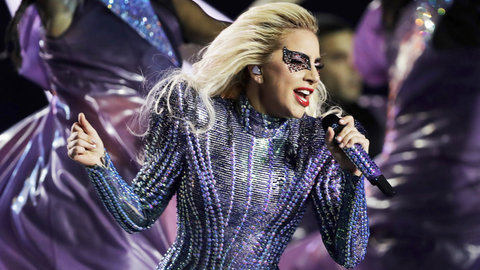 My decision actually came a day before Berenice King wrote her brilliant, viral Facebook post about how to #resist. What she said was incredibly relevant, and bears repetition:

Now, I know there are stronger people out there who’ve somehow managed to remain “above the fray”; either out of denial, disinterest or some kind of noble and steadfast determination. I respect that. Kudos, and an Appletini to you! Salut.

I had my reasons for engaging, of course. When it all began, I thought that there must be some value in the attempt to dialogue. It appeared to me that Trump’s platform was so obviously fueled by racism (etc.) that ordinary, everyday Americans simply would not stand for it. These after all, are my compatriots, no matter our political differences. I quite simply am Scottish. Freeeeedom!!! Let’s hashtag this out! Need I say more?

Things reached an apex for me on Superbowl Sunday. One of my close friends had posted a joking response in a Pro-Trump Facebook group about Lady Gaga’s imminent half-time performance. Apparently, the Trump supporters were absolutely up in arms over the NFL’s supposed “liberal agenda” (who knew, lol?) “Lady Gag” as they called her, was (to put it nicely) immoral, disgusting and has whorish, “un-American” values.

Many of them had decided ahead of time to boycott the game in general (kind of like spooning your eye out to piss off your face because you know these guys LOVE their football). They had it in for Lady G. in particular. Some of them were pleading for a marching band (what, you mean like in north Korea?) instead. Others just wanted to round the snowflake liberals up and dispose of them for being such a human waste of space (what, you mean like put them in a concentration camp maybe?)

I lost it folks. I absolutely lost it. The same people who had told me to “wait and see” if Donald J. Trump was going to make good on his racist promises to build a “beautiful” wall and impose a ban/registry on all Muslims, were now unable to WAIT AND SEE what Lady Gaga was going to do at a performance at Super-Bowl Halftime.

I’m not especially proud of what followed. I don’t know how many comments were on that thread. I only know that I trolled like the wild-haired, blue-paint-faced madwoman that Trumpists would expect (because it turns out that STILL in this day and age a woman who is passionate AND VOCAL about her beliefs is regarded as simply hysterical or well, whorish).

Then I took myself and my white lady privilege to the main comments section and I asked those people directly, “Where is the Christian behavior in this group?” What the ever-loving f*** happened to:

“Truly I tell you, whatever you did for one of the least of these brothers and sisters of mine, you did for me.” (Matthew 25:40)

WHATEVER HAPPENED TO THAT?

I did not wait around to read any responses. Or see if my comment was deleted or if I was blocked. I already knew the answer and it almost certainly involved something about snowflakes.

Here’s the thing. Arguing with Trump supporters is a fool’s game, but I don’t truly believe it was wasted time. It gave me a chance to articulate some of my core beliefs. It forced me to explore issues and confront opinions I hadn’t previously considered. I measured my words, I checked my tone. I examined my own willingness to listen and respond without hate (#notperfectwhois?) I read. I read some more. I checked and re-checked my facts. I lived and learned.

In these trying times, we all find ourselves dragged into an on-line spat now and again. Don’t feel guilty about it. Brush yourself off and move on to whatever nourishes you more, and of course it goes without saying that we need to take concrete action in the ways we can, as much as we can. (#againnotperfectsobiteme)

As for Lady Gaga? I honestly wasn’t a big fan of hers before now. I clearly haven’t been paying attention. Now I think she’s freaking awesome. She didn’t need to say a word about politics to make her point. She was just born that way.

2 thoughts on “United Hates of America”